Award Winning Cowgirl Poet Teresa Burleson is also in the line up for 2015!

Don (Little Brown Jug) Reynolds will be back with us again this year!

Stan Mahler to be performing again in 2015

Stan Mahler to be performing again in 2015. Stan has performed at Cowboy Campfire Tales with us many times and is scheduled to be back with us again this year!

2016 Cowboy Campfire Tales is going to be AMAZING

Don’t miss the 2016 Cowboy Campfire Tales January 25, 26 and 27 at the Fort Worth Stock Show and Rodeo in the WEST ARENA. It is going to be AMAZING! Western Music and Cowboy Poetry … 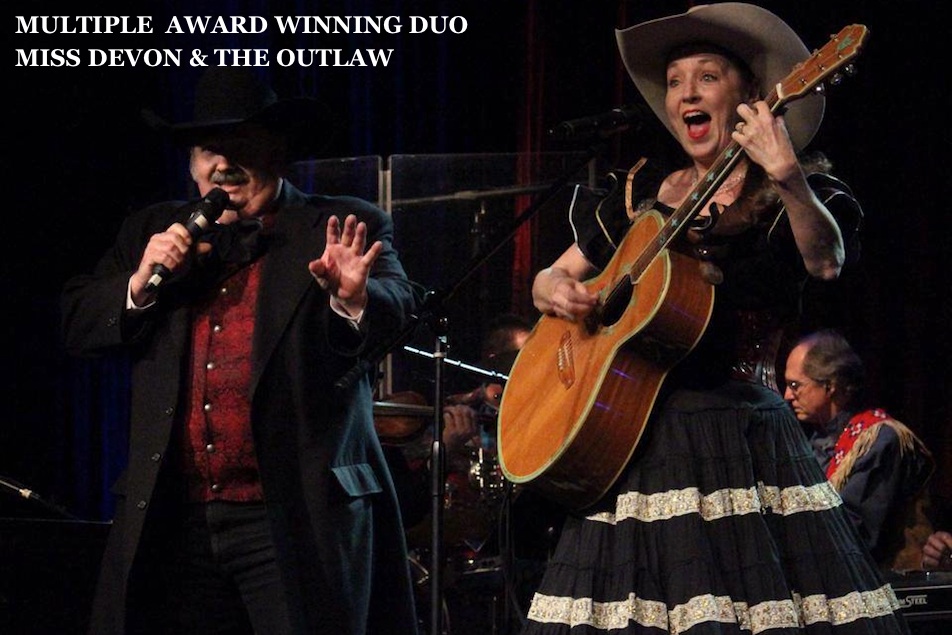 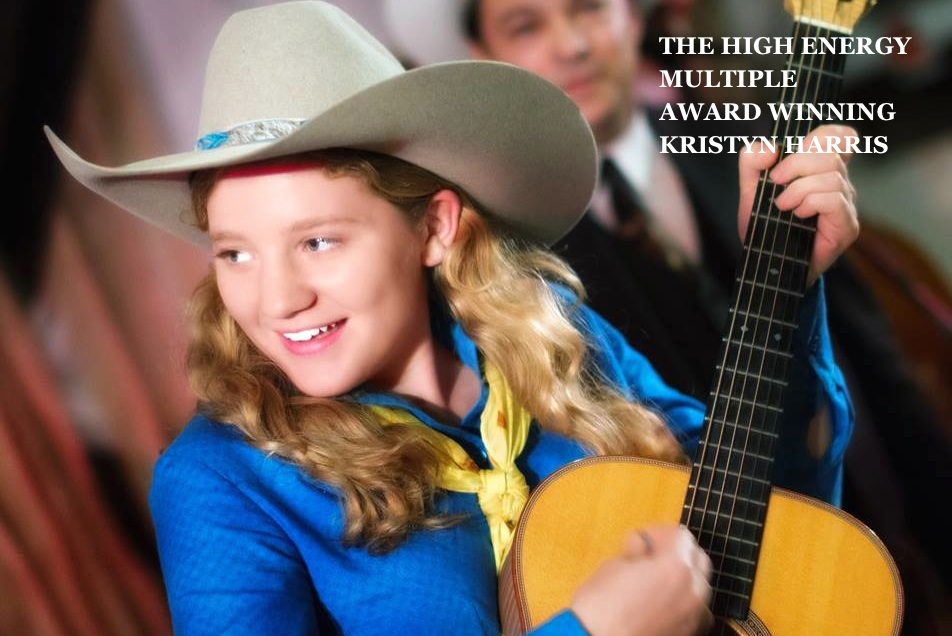 Some Great Music this year here are some Videos

Some Great Music this year here are some Videos. WOW we had a great 4 days and plan on posting lots of Western Music and Cowboy Poetry videos on our performers pages. We would like to thank everyone so much that came out and watched the show! There was a good crowd Monday! Tuesday we had a few folks in and out all day and the Die Hard Fans were with us everyday! Wednesday we had people in and out all day and usually had a crowd of about 50 at most times. AND Thursday as usual Folks came and went because there is a bunch to see and do at the Stock Show but we had a good crowd at all times of about 50 – 90 people! Again thank y’all so much and hope ta see yall next year! Meanwhile we have some great entertainment here on the web site! Here is Stan Mahler performing the Western Cowboy Song Sonoras Death Row and Mikki Daniel, Hailey Sandoz and Al “Cornbread” Connor on the Washtub Bass performing the western swing song MISS MOLLY. Enjoy!

FORT WORTH — Sourdough can spin a cowboy yarn and sing a haunting campfire ballad.

Three weeks ago, he was surviving a car bomb in Afghanistan.

“I was walking toward the American Embassy in Kabul when a car bomb went off about 100 yards down the street,” said Dale Myres, who’s been performing as Sourdough this week in the Fort Worth Stock Show’s West Arena. “I didn’t get any shrapnel, but the shock wave lifted me off the ground and slammed me down 10 feet further.”

Myres is a plumber who until Jan. 11 was on his fourth contract with companies that send American tradesmen to places like Iraq, the United Arab Emirates and Afghanistan to work for the U.S. Defense and State departments.

He’s also an “edutainer” who got back to his home in Hudson Oaks on Jan. 13, just in time to sign up with husband-and-wife team Bob and Johnie Terry for the 17th annual Campfire Stories by the Texas Cowboy Poets Association. Dozens of cowboy poets, storytellers and musicians performed for four days that ended Thursday.

The performers, all volunteers, see the event as a reunion, not a gig.

“We get season passes and parking spots,” said Myres, 58, who just landed a full-time job working on Cook Children’s Medical Center’s plumbing. “We can sell our CDs, if we have any, to make a little money. But that’s not why we’re here.”

The entertainers come to the Stock Show to “preserve a tradition and a set of values that our society needs,” said Charlie Williams, a 74-year-old cowboy poet and Texas Instruments retiree from Rowlett.

That’s probably what was in Bob Watt’s mind 18 years ago when the former Stock Show president agreed quickly with Williams that a cowboy poetry gathering was just what Fort Worth’s premier event needed.

“It took us a year to get it worked out,” Williams said. “The first one was one day, then it went to two days, then three days. We started doing four days in 2010, and we’ve never had a problem getting enough performers to keep the show going.”

Looking back on the early years and thinking about what the Campfire Stories became, “we’ve exceeded Mr. Watt’s and our expectations,” Williams said. “We’ve put some outstanding talent on that stage.”

Indeed, Kacey Musgraves, who just days ago won a Grammy for Best Country Song, performed on that stage years ago, said Janet McBride, 79, of Forney.

“Kacey came to Buckaroos, the Cowtown Opry’s youth program, to learn to yodel,” said McBride, who was Musgraves’ yodeling coach.

Cowtown Opry, a group from the Fort Worth Stockyards that performs at 2 p.m. each Sunday on the front porch of the Livestock Exchange Building, sends a lot of talent to Campfire Stories, McBride said.

Everyone who takes the stage delivers performances that carry audiences to places of sagebrush and gun smoke.

Stan Mahler, 60, of Olney, crooned a sad ballad of murder by a mezcal-fogged cowboy, yodeled an ode to cowboys who work hard for little pay and belted out the Stan Jones American standard Ghost Riders in the Sky.

Poppa Mack (56-year-old Geoff Mackay of Winnipeg, Manitoba, Canada), told funny stories about his home, where there are three seasons — winter, mosquitoes and construction. He also led the audience in prayer, thanking God for “letting us live the cowboy way.”

Before he left the stage, Poppa did a song with Sourdough that they’d written together as a homage to the wide-open, grass-covered, sunshine-flooded spaces they long for.

The performances kept Amy and Steven Keith, of Charleston, West Virginia, in their seats for hours.

Amy Keith, a 47-year-old veterinarian, said the two were in Arlington for a professional conference and decided to find out what the Stock Show was about.

“We have horse shows and barrel racing, but nothing on this scale,” she said. “This is cultural. It’s wonderful.”

Cowboy Music and Poetry at the Fort Worth Stock Show 2014

IT’S FREE! WITH YOUR GENERAL ADMISSION TO THE FORT WORTH STOCK SHOW. 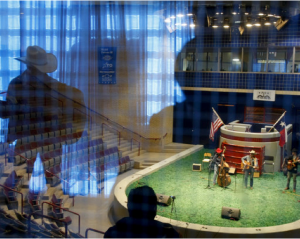 Thanks to all The Western Performers and our wonderful audience

I would like to thank everyone who made Cowboy Campfire Cowboycampfire Tales a success! We got together with old friends and met some new ones. It was an AMAZING 4 full days of cowboy music and poetry! Thank you ALL very very much! Sincerely, Johnie Taylor Terry p.s, I hope to see each and everyone of yall next year!

Come see us at The Fort Worth Stock Show and Rodeo! Its that time already!!! In The West Arena!

Happy New Year !! We are looking forward to seeing everyone at The Fort Worth Stock Show and Rodeo January 28-31 from 12:00-6:00. It is 4 days of cowboy music and poetry. If you’ve never been your missin’ out! We still have room for a few more performer so please contact me if you are a western performer.CCFT

Hello everyone!!Hope everyone has had a great year! I can’t believe it’s November already. It’s time to start making plans to attend the Fort Worth Stock Show and Rodeo! Campfire tales is honored to be a part of such a wonderful event. Please mark your calander for Campfire Tales for amazing entertainment with wonderful friends!! Campfire Tales will start Monday January 28th and go to Thursday January 31st. at 12:00 high noon!! Remember on the Tuesday the FWSS goes pink!!